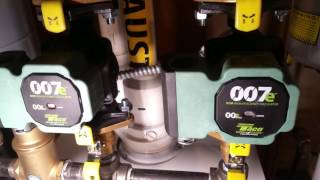 Here is a 5-star review a customer left for us recently!

Here is a 5-star review a customer left for us recently!

Our heating system started blowing cold air so we called our usual plumber (who also does heating), but never received a return call after 24 hours. During that time period we also called someone else who was very highly rated and also never received a returned call. I then called Aquaflow who had some great reviews as well and Vincent called me back in about 45 minutes. He told me he could come out the next morning which was great and he even showed up exactly when he est